This site was designed for the latest version of Chrome, Firefox, Safari, and Internet Explorer (version 10+). Some features may not work correctly in your browser. OK 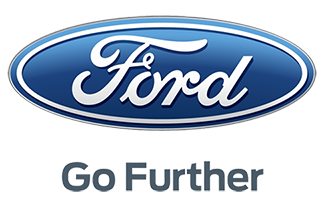 New Ford Inventory
Used Ford Inventory
New Ford Specials
Ford Motor Company released its very first SUV back in 1966. It was called the Ford Bronco and its advent paved the way for outdoor and adventure-oriented vehicles that could still work for any family. The Ford Bronco will be back for 2021 with an expected world premiere in spring of 2020. Enthusiasts around the globe are excited to see how Ford reimagines its iconic original SUV.


The 2021 Ford Bronco is expected to draw inspiration from the Ford Ranger, a midsize pickup specializing in off-road capabilities. The Bronco will be a midsize body-on-frame SUV focused on off-road supremacy. Standard four-wheel drive is expected, as is a boxy, imposing design in line with the Broncos of old.

Detachable doors and a removable roof are likely to be available if you want an even closer connection to the great outdoors while driving in your new Bronco. Both two-door and four-door configurations will be offered.

A smaller unibody crossover catered to off-roading will be available and will wear the Bronco Scout badge. It will be similarly sized to the Ford Escape but will be much more capable on uncharted roads.


The Ranger’s EcoBoost 2.3-liter turbo-four is assumed to come standard in the 2021 Bronco, which would allow for at least 270 horsepower and 310 pound-feet of torque. A 2.7-liter or 3.5-liter twin-turbo engine could also be offered. A 10-speed automatic transmission is the probable inclusion, and it is confirmed that the 2021 Bronco will be offered in hybrid guise.


The Mexican 1000 is a grueling desert race which the Ford Bronco won back in 1969. To pay homage to the past and showcase the improvements Ford has made over the decades, the 2021 Ford Bronco will compete in the 2019 Baja 1000. Its off-road capabilities will be put to the test in this demanding journey.

Details are still hazy at this stage, so make sure to stay tuned to Sanderson Ford for all of the latest news about the exciting new 2021 Ford Bronco!
6400 N. 51st Ave.
Glendale
AZ
85301